New Era Christian Reformed Church has committed itself to the support of Christian ministry and humanitarian work both locally in our community and abroad. We also support missionaries serving in Haiti, Mexico, and Texas. 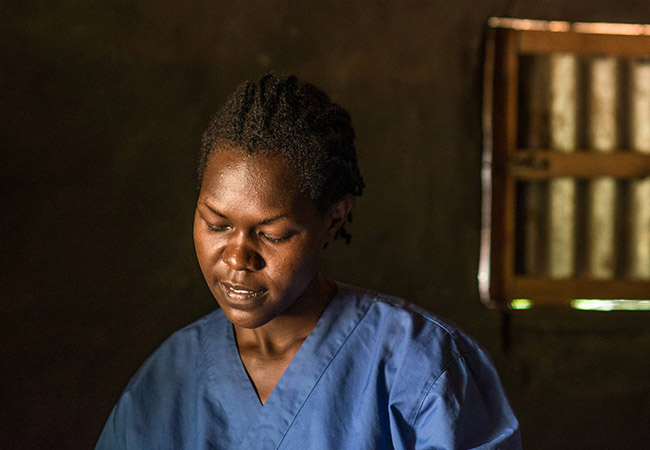 Karin Medical Clinic is located in the rural area outside of Gulu in northern Uganda. Our church became aware of some of the needs of the clinic through our association with the nearby Uganda Dairy.

The health situation in the area falls below the national standard, largely due to the difficult living conditions in the re-settlement areas and the continuing poverty due to prolonged conflicts. Most of the diseases are preventable and are associated with poor environmental sanitation and hygiene in the communities.

New Era CRC provided funding for a photovoltaic electric system for the clinic, as the clinic is not able to be connected to the electric grid. The church has also purchased suitcase-size quantities of prescription medicines on several occasions and sent them via visitors to the Gulu area.

Our continued support of this mission is something we are committed to. 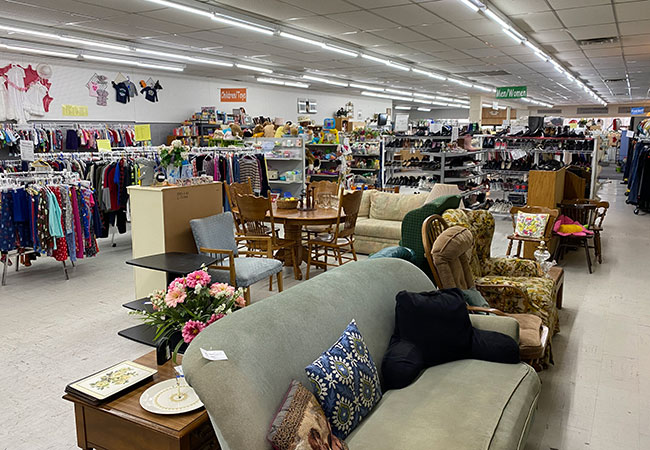 Love. In. the Name. of Christ.

The mission of Love Inc is to mobilize local churches to transform lives and communities by bringing the Body of Christ together to do mission work in Oceana County. Love INC works with several local churches and with a wide spectrum of volunteers.

Love INC operates a Clearing House in Shelby MI to assess the needs of our neighbors who are seeking help. Love INC has a variety of means to help our neighbors including a clothing pantry, household goods pantry, a bed ministry, a baby pantry, a durable medical equipment pantry, two personal care pantries, and financial/budgeting mentoring. A thrift store is operated in Shelby where clothing, shoes, housewares, collectibles, and furniture are sold at very reasonable prices.

Our church operates one of the personal care pantries, provides financial assistance to Love INC, sources volunteers for the clearing house, thrift store and board of directors. 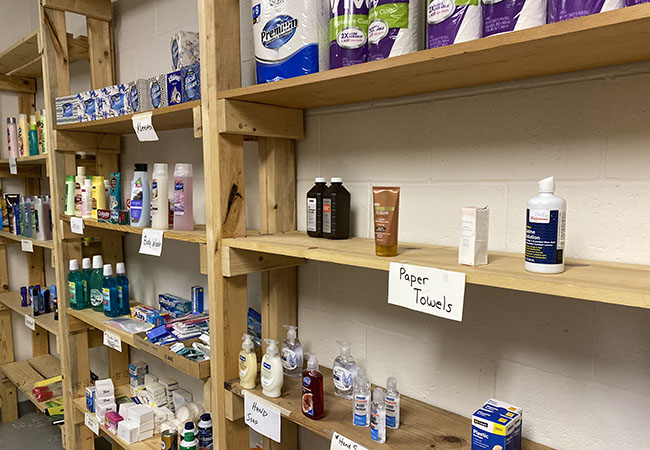 New Era Christian Reformed Church, in conjunction with LOVE INC, operates a Personal Care Pantry on the first & third Wednesdays of the month, from 3:00 – 5:00pm. We also offer delivery for recipients who are physically unable to come to the Pantry. 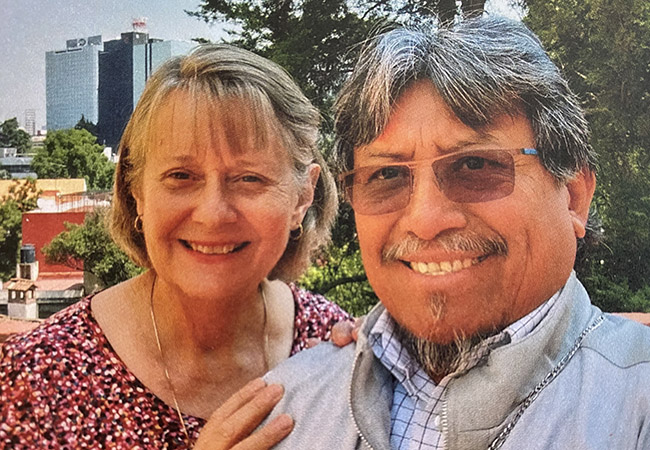 Sheryl was born and raised in New Era, baptized and brought up at the New Era CRC. Pablo and she met during their college years at Reformed Bible College, and married soon after. Pablo became a US citizen in 1986, and now has lived outside of Mexico longer than he has lived in Mexico!

They served together in Central America for 18 years, and then 11 years in Grand Rapids at Roosevelt Park CRC, as well as Sheryl serving at the Lakeshore Pregnancy Center in Holland. Most recently they have been working in Mexico City as missionaries with Resonate Global Mission. They have given pastoral support to ministry leaders and pastors, and participated in several enriching ministries with people living on the street, women in prostitution, and detainees at the Immigration Detention Center.

They are thankful for God’s presence and blessing throughout these years. As of January 20, they will be retiring from full-time service. They hope to do volunteer service several months a year, in a different area of Mexico with Resonate Global Mission.

They have 4 children, all married, and 12 grandchildren, so in retirement they hope to catch up with some hugs and babysitting they’ve been missing these years! 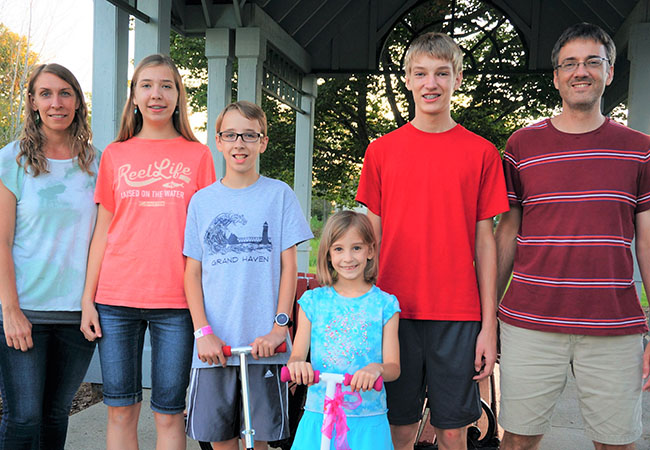 Jeff – I grew up in Michigan in a Christian home and have two sisters. In college, I began to read the Bible regularly along with books that examined the reliability of the Bible. Through this, the Lord gave me a joyful conviction that His Word is true and that Jesus died and rose again to pay for my sins.
I started to pray that God would show me how I could use my gifts and skills to advance the Kingdom of God. After graduating with a degree in Computer Science, I went to West Africa with Wycliffe to determine which languages were in need of Bible translation.”

Kristi – I grew up in New Era, Michigan. My parents taught my three sisters and me about God, and I was also blessed with Biblical teaching at New Era CRC and New Era Christian School. I came to love the Lord Jesus at an early age and wanted to serve Him. I became a Registered Nurse with the possibility of medical missions in mind. My interest in missions had been piqued by a couple of mission trips to Mexico that I made when I was younger. It was during my college years that I met Jeff who was serving with Wycliffe Bible Translators.

Together – In 1999, they married and now have four children: Anna, Daniel, James, and Rachel. Jeff worked 11 years in Michigan for a company in their IT department while Kristi worked as a Registered Nurse until having children. Then, in 2010, they moved to Indonesia to advance Bible translation through computer support. Kristi helped in the medical clinic and led health orientations for new missionaries. After serving 5 years in Indonesia, Jeff accepted a computer
networking role at the International Linguistics Center in Dallas, Texas. Here, Bible translators are trained and language software is developed to speed Bible translation around the world. Jeff also protects translators’ data by managing the global backup software infrastructure. Kristi’s primary role at this time is homeschooling their children. They have also enjoyed connecting with International students at a local university. It is their prayer that the Lord uses them to make Christ known to those who have not yet heard. 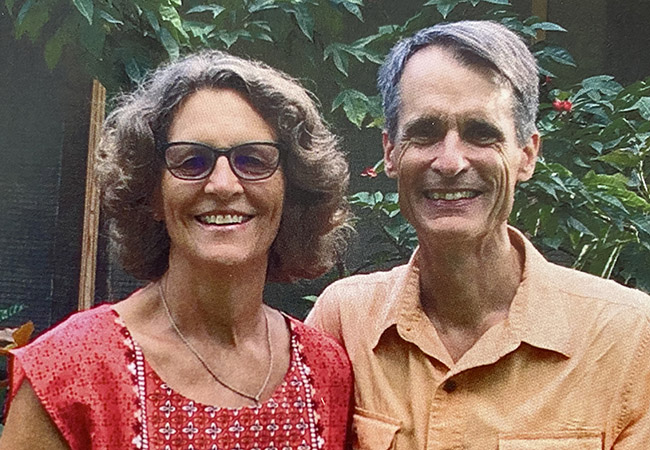 Bob Vermaire, a family practice physician from Muskegon, Michigan, spent two months at the La Gonave Wesleyan Hospital in Haiti during his fourth year of medical school. Marcia, an RN, first went to Haiti with the Wesleyan Gospel Corps in 1982 where she spent five and a half months at the La Gonave hospital. Throughout the following years, they have taken several short-term mission trips to various locations in Haiti, including another three and a half months on La Gonave in 1991.

The Vermaires feel that God has called them to missions whether they are in Michigan or in Haiti. However, in September 2013, while attending the dedication ceremony of the new La Gonave Wesleyan Hospital in Haiti, they clearly heard God calling their names as ministry needs were described and discussed.

Since 2014, Bob and Marcia have been at the Wesleyan Hospital on the Haitian island of La Gonave. It is the only hospital on this island of 100,000 people.

As the only non-Haitian doctor on staff, Bob’s goal is to improve the clinical skills of the young doctors who work there. He also wants to help them grow hearts of compassion while at the same time helping them to see Jesus in the patients that they treat. Marcia works in central supply. She also gives guidance to visitors and teams, introducing them to the mission’s work and to the broader community. Through their work they hope to strengthen the connection between North American followers of Jesus and their brothers and sisters in Haiti.

If you have any questions about these ministries please ask.